The gift that saved lives for generations

Twenty lifeboats have been named after James Stevens, the man behind one of the RNLI’s biggest ever legacies. 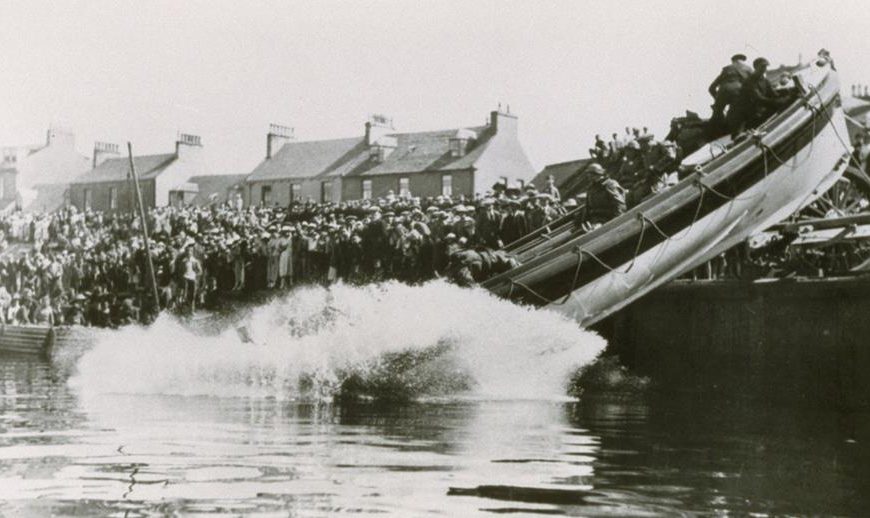 In 1894, the RNLI was gifted one of the largest legacies in its history. Mr James Stevens of Birmingham died, leaving £50,000 to the RNLI – more than £6M in today’s money.

Not much is known about James, other than he was a wealthy timber merchant with a connection to the sea. His gift, almost half of his entire estate, provided enough funding to build 20 lifeboats. They were a part of the RNLI’s lifesaving fleet for 37 years, from 1896 until 1933 when the final boat was taken out of service. Eighteen were rowing and sailing lifeboats, the other two were steam powered craft.

The lifeboats were stationed all around the UK and Ireland, including Campbeltown, Angle, Padstow, Dover, Holyhead, Howth, Southend-on-Sea and Swansea.

James Stevens No.1 went to Port St Mary on the Isle of Man, where it served for 23 years. In that time, its crew saved 53 lives.

James Stevens No. 14 was stationed at Walton-on-the-Naze for 29 years, where it helped save 227 lives.

The Watson class lifeboat James Stevens No. 15 was stationed at Wexford for 21 years. One of the crew members, Edward Wickham, received two Silver Medals for courage while manning the lifeboat, the first in 1906 and the second in 1914.

Lifesaving during this period was often dangerous, and the James Stevens lifeboats did not escape tragedy. The steam class James Stevens No. 4 at Padstow was lost at sea in 1900, with eight of her eleven crew drowned in the disaster.

James Stevens No. 10 is another vessel with a storied history. The last of the James Stevens lifeboats to be on service, it saved 227 lives between 1900 and 1933. Stationed in St Ives, the 35ft self-righter lifeboat was involved in many rescues, including the rescue of nine sailors from the SS Taunton in 1916, which earned Coxswain Thomas Stevens a Silver Medal. The lifeboat was recently purchased by crew and supporters at St Ives Lifeboat Station, in the hope they can restore it to its former glory.

In total, the crew of the 20 James Stevens lifeboats saved 1,072 lives.

You don’t need to be wealthy like James to leave a gift to the RNLI in your Will. All legacies, small or large, help to bring our brave lifeboat crews home safely, and provide the training and protective gear they need to save lives.